Hi everyone, thanks for popping by

Now that I have finished the Herlanceian Catapult it’s time to start a new Poll to see which model I am going to start working on next, and this is how it’s will work…

And that’s it I believe… Anyway, here are some more details on the models you will be voting on:

There are many good reasons for this. Firstly, unlike the Imperial Helms, White Terror Riders are lightly armoured, only carrying a Shield and Light Armour into battle, as they rely on their nimbleness to avoid their enemy’s strikes in combat, rather than taking the blows directly. This makes them unconventional fighters for most enemy’s to combat, which usually gives them a fighting edged over their opponents.

Another good reason is the White Terror Birds can match most horses’ speed on an open field, even keeping up with Imperial Steeds with their superior blood lines. Because they are not over encumbered with heavy armour, they can take full advantage of their great speed on the battlefield, leaving most enemy cavalry standing.

Perhaps the White Terror Riders biggest advantage over the Imperial Helms is in combat. White Terror Birds stand at 7 foot tall and their light bodies are packed full of mussel. The giant bird has huge razor sharp talons, which can disembowel a man in an instant. Their massive beaks can slice through flesh, bone and even armour with a mere snap of their beaks, which can easily take off an enemy combatant’s arm.

For all the advantages of the White Terror Riders on the battle field, they do have some crucial weaknesses. The giant bird’s frames cannot bear heavy armour, which makes them very vulnerable to attacks they cannot evade.

In more recent times, the lesser races have learn to master both magic and machines, which has given them the ability to rain down fire and stone upon the battlefield, which causes huge explosions that the White Terror Riders cannot avoid. These new threats on the battlefield have decimated entire units of White Terror Riders, which led to the creation of the Imperial Helms. This new division of cavalry are slower and far more sluggish in combat, but they can withstand hits that would otherwise kill a White Terror Rider in battle.

Upting the Orc Chariots pulled Horses to Zags instead 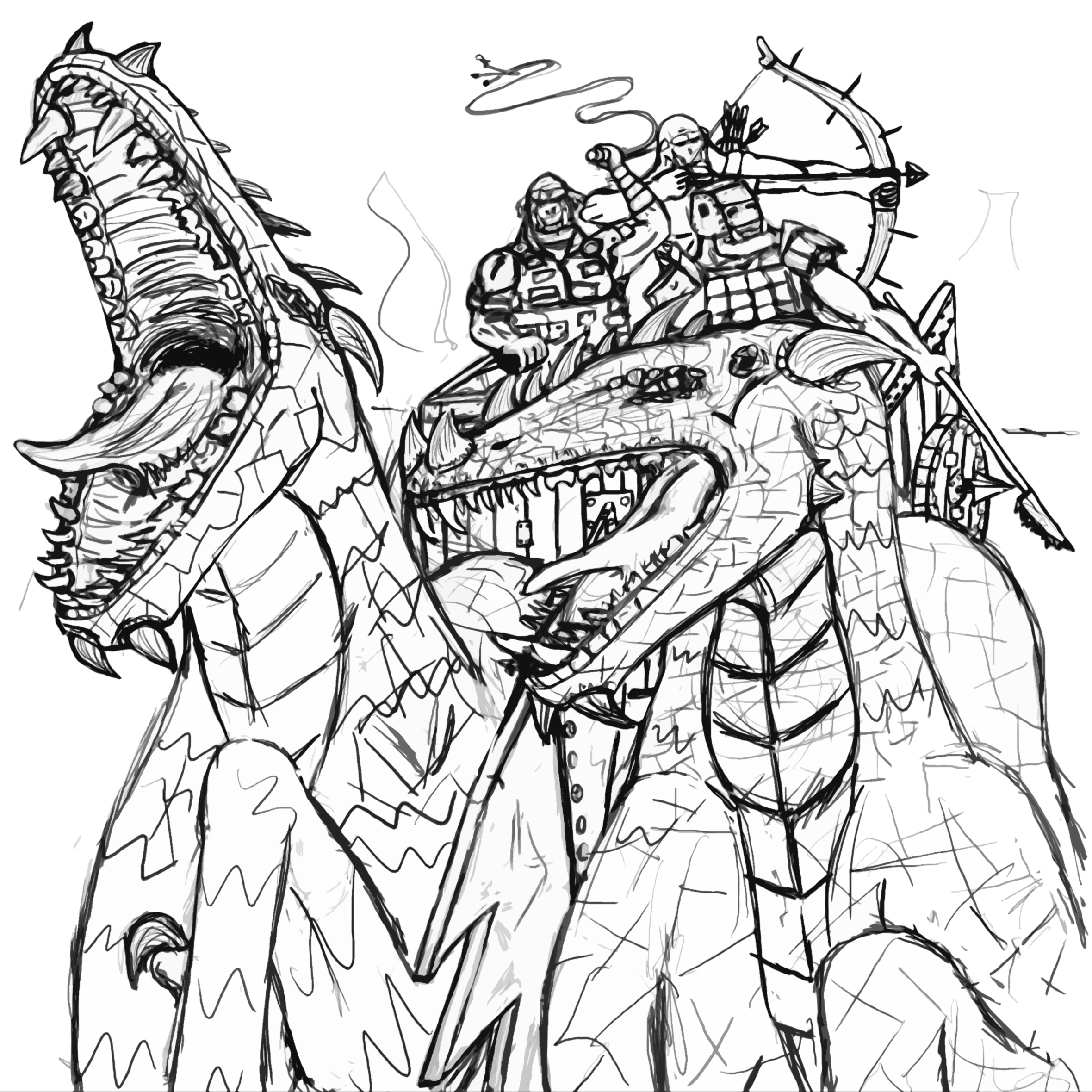 These undead infantry would have Light Amour and be armed with a number of different weapons, such as Swords and Shield and Spears etc. 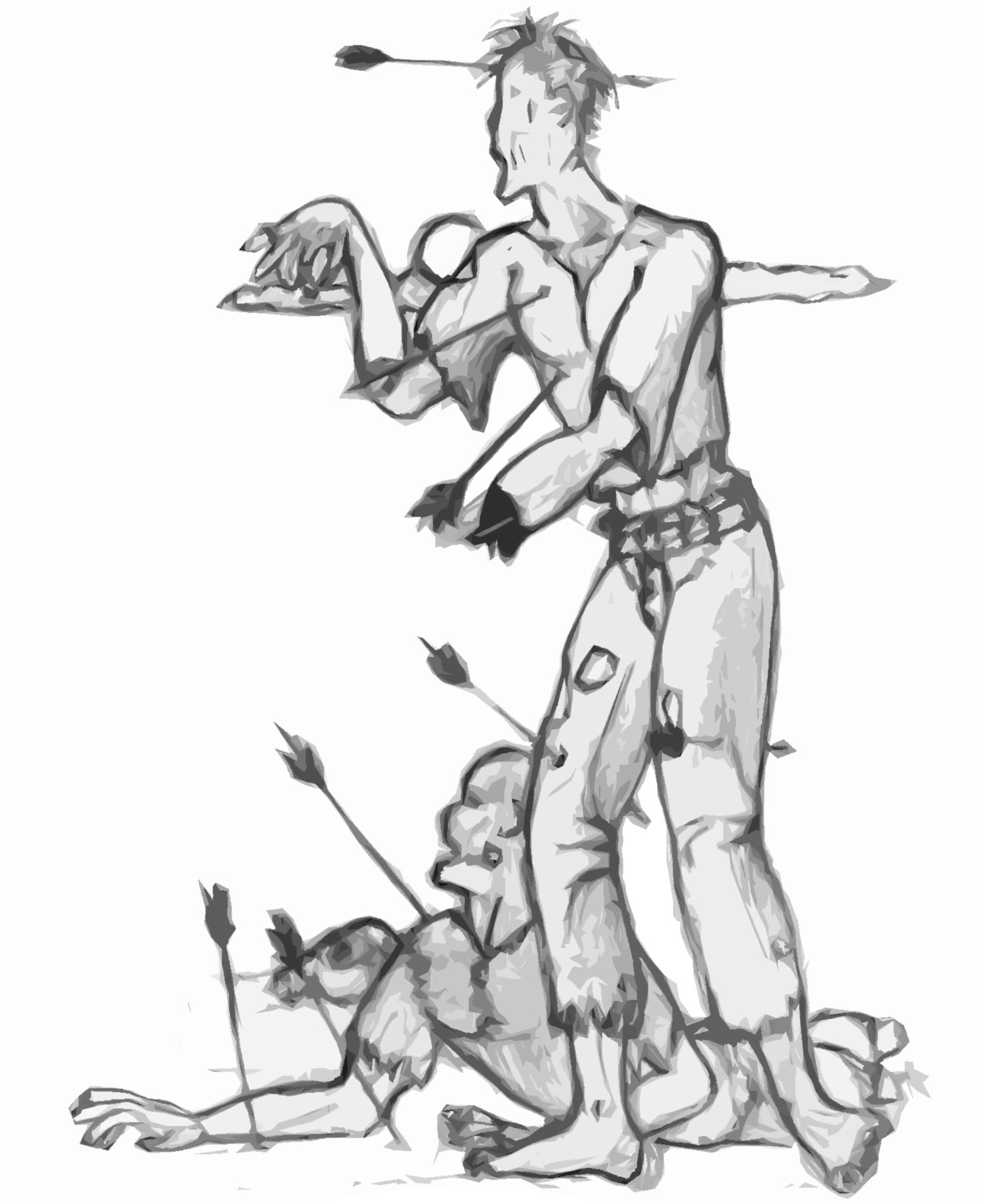 I think it’s pretty safe to put Zombies in the poll, as they could arguably be in all undead factions we are voting for at the moment. Btw, it looks like the Vampires are going to win the poll or perhaps the Necromancers could storm up it at the last minute… either way, both factions will undoubtedly have access to Zombies.

I would work on six to eight models, give them different colours to make them all look all as individual as possible, and they wouldn’t have a command model. I really can’t see them taken that long to complete. About two weeks at most. 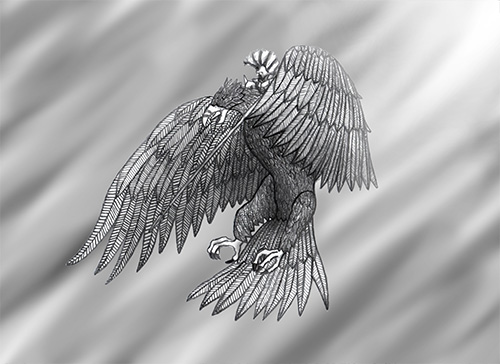 Rocks are by far the largest Eagles to fly in the skies of Many. They are so large that they can easily over shadow a simple dwelling as they fly overhead.

Sometimes called the Slave Eaters, these giant birds are always searching out their next victim to devour, which can on occasion include an isolated Human Slave working the lands.

When wild Rocks home in on their prey, they will swoop down at great speeds towards their target. When they hit their mark, their sharp talons will tear into their victim’s flesh and pin them down. Then there is no escape from being ripped to shreds and devoured alive by their razor-sharp hooked beaks!

A Rock is also a very powerful flyer; they have been sighted to catcher and carry off fully sized Bulls to feed to their greedy ferocious checks back in their nests.

For a long time, the Golden Empire has used these massive birds to ride into battle or to carry semi-important passengers across their vast lands at speed.

In battle, Rocks are merciless killers! Their talents will quickly disembowel the enemy, and any who resist will be torn to shreds by their powerful hooked beaks.

I will be away with work this week end from the 26th to the 28th of October. So I won’t be posting as much as I usually do this weekend. If you send me a message during that time, I will try and get back to you on the following Monday.