Which Undead Faction should we Work on Next? 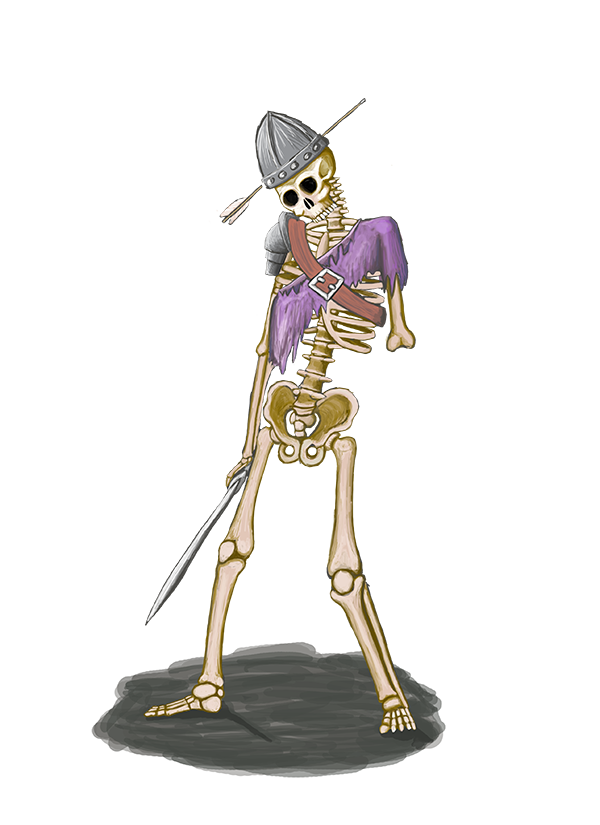 Ok after our discussion on the proposals for the Undead Factions we should work on here it’s time to put it to a vote on this poll.

The undead Factions we are going to vote on are:

Necromancers
When people think of the Undead, the Necromancer’s Codex will be basically what they are thinking of.

There army list will have undoubtedly the biggest selection of undead gaming pieces to choose from, as their will have just a little bit of everything mixed in there. They will have access to Skelton Warriors and Cavalry, Zombies, Mummies, Zombie Dragons and Vampires from weaker blood lines. However, all of their warriors will be quite week and horde like.

The true strength of this army will lie in their magical abilities. They will have access Necromancer Spells and Dark Magic only.

Vampires
The Vampires will be very similar to the Necromancers, as they will also have access to Skeleton Warriors and Cavalry, Zombies, Mummies and Zombie Dragons. However, all of their warriors will quite week and horde like with the exceptions of vampire infantry and cavalry.

They will only have access to Necromancer Spells and Dark Magic, but will not be as good at casting magic as the Necromancers are. However, there will be able to hire low level Necromancers to bolster their magic on the field.

You will not be surprised to hear that they will have some of the strongest heroes and generals in the game, with them all being Vampires.

The Restless
The Restless are more like a Force of Nature than an established faction, like the Elves or the Dwarfs. Great and vast armies of the dead can suddenly rise up, seemingly out of thin air, their original cause lost in the mists of time. Like a tornado of death, they will sweep across the lands, killing all in their path! Then, when all seems lost… as quickly as they came, they will just crumble to dust and vanish.

So the Restless can be both a power for good or evil. It all depends on the great ‘Will’ that drove them back to life…

They play like a standard army would, such as the Herlanceians. Except all their warriors cause +1 Fear and they never break with them being all undead. Therefore, they are very different from the Necromancers and Vampires, as there are not a horde army.

The Restless have access to elite skeleton and spirit warriors and cavalry, and they will benefit from Vengeance Traits. These special traits are the very reason why they march again on the mortal plain. One of their special traits is hatred, which affects their entire army.

Furthermore, the Restless rise up the dead with their Will, rather than using Necromancy Magic. They have access to all the spells in the game. However, their wizards will never go beyond a Master Wizard’s abilities.

For those who like Mummy Tomb Kings from the Games Workshop Fantasy, I’m sure if this faction gets picked we could look at an ancient Egyptian themed undead army.

The Zombie Hordes
This army will be entirely made up of Zombies, of all different creatures other than just Humans.

A hand full of zombies is just a bunch of mindless killers, but a horde of thousands develop a Hive Mind. In fact the bigger the horde, the more intelligent it will be!

In regards to magic, the better the horde will be at casting spells. As yet I do not know if the hordes will have their own kind of magic…

Book of the Dead
The Book of the Dead would cover all the factions, but could not go into too much depth with each faction and would take a bit longer to complete than just one of the books. However, in my mind’s eye I can see it being very workable and worth wild doing.

The book of the Dead would this like this; pick a general and that would determine which undead unit you could take into battle with you.

Ok good luck and thanks for voting!

Which Undead Faction should we Work on Next???
Total Votes: 7
Voting is closed

17 thoughts on “Which Undead Faction should we Work on Next?”