Well I’m back, and this time I have a little bit of good new for once…

I have just finished the Elf Sky Masters, as you can see underneath: 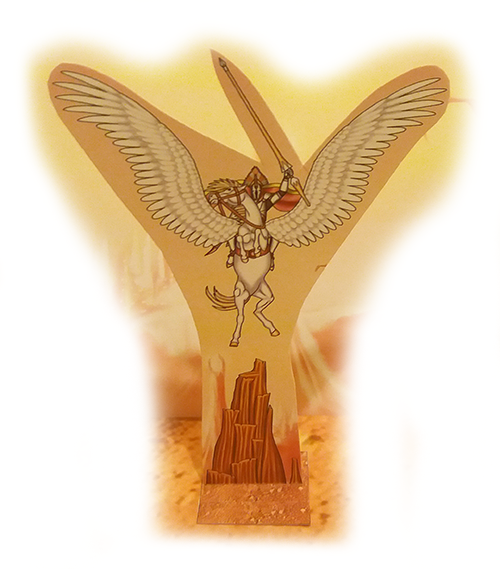 Here is their blurb:

“As their name sake suggests, the Divine Sky Masters truly are elite sky warriors who masterfully use both lance and sword in the air and on the ground to best most of their foes they meet in battle!

In the air, their speed, grace and elegance as they dance high up within the clouds are legendary across the length and breadth of Many!

Like Unicorns, Pegasus will not just let anyone ride them. However, unlike Unicorns who only favour ones’ divinity, Pegasus admire a strong heart and keen wits. This means despite their status, an Imperial Knight must earn their Pegasus’ trust before they can partner, whereas most Unicorns would automatically accept the Imperial Knight because of their potent divine blood.

So an Imperial Knight must win over a Pegasus before they can ride them. The Knight must travel to what the Elves call Mount Ultamar, which is one of the largest mountains in the Empire, where the Pegasus are plentiful and fly wild and free. There on the side of the grey mountain, the Knights will set up camp and start their battle of wills with their chosen Pegasus.

Many High Moons can pass before an Imperial Knight makes any progress with a Pegasus. These beasts will test the Elves’ resolve to their limits to see if they are worthy partners. This can be a very trying and dangerous time for the Knight, and there is many a dead knight’s remains scatter all over the giant grey mountain of Ultamar to testify to this. It has even been recorded that entire campsites of Knights have been attack and wiped out by the Pegasus when they have lost patience with these Elves.

However, as any Sky Master Knight will tell you, all the time and danger the Knight goes through to win over their Pegasus is worth it, because when the two bond they do so for life. They will never leave each other’s side from that day onwards. Even when a Sky Master is slain in battle, their Pegasus will always ferociously fight on to defend their partner’s lifeless body.”

This model will be ready to download soon when I get the Elves’ Page up and running again. However, Patreons if you want the model early just get in touch through Patreon, (as my site’s email is still down) and I will sort it out.